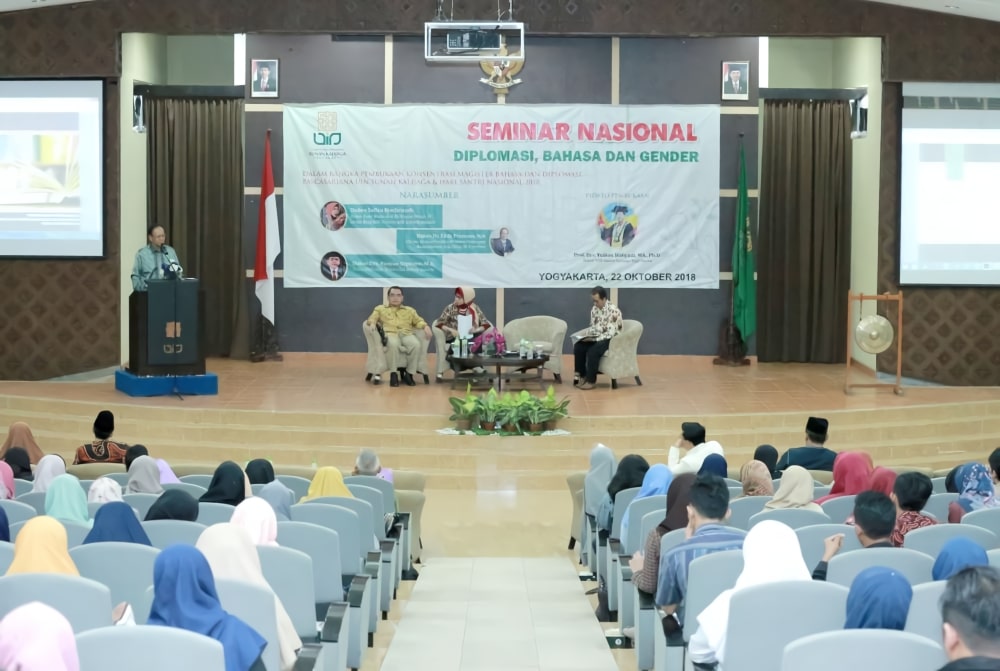 Interdisciplinary research on Islamic studies has become a global trend in the field, which in turn calls the attention of researchers and students from various disciplinary backgrounds working on Islam and Muslim societies. To bring together those researchers and students in a more coordinated academic milieu, Netherlands Interuniversity School for Islamic Studies (NISIS) was founded in 2010. Now NISIS broadens its networks to include universities and research consortium from outside of the Netherlands. It maintains partnerships with Katholieke Universiteit Leuven (Belgium), Islamic and Middle Eastern Studies at the universities of Ghent (Belgium) and Bochum (Germany), and Mediating Islam in the Digital Age (MIDA), a European research consortium based in France.

As NISIS covers the field in its broadest dimension, it acknowledges that Islam will only become a rich arena of studies if approached from different disciplinary perspectives, of course, without necessarily ignoring its doctrinal, cultural and historical peculiarities. NISIS calls the participation of researchers and students not only from different disciplinary backgrounds like theology, law, philology, history, anthropology, sociology, political studies, media studies, and religious studies, but also from a wide range of regional expertise: Middle East, Africa, Turkey, Iran, Indonesia, Central Asia, Russia, China and Western Europe.

To achieve its goals, NISIS organizes seasonal schools: the Autumn School usually held in the Netherlands, and the Spring School held outside of the Netherlands in cooperation with university partners. The first school was held in Autumn 2010 hosted by University of Amsterdam. Since then NISIS schools have been held in some other Dutch cities like Leiden, Utrecht, and Nijmegen, as well as in such non-Dutch cities as Istanbul (Türkiye), Hammamet (Tunisia), Rabat (Morocco), and Sarajevo (Bosnia & Herzegovina).

In 2022 the school will be held in Yogyakarta, hosted by Sunan Kalijaga State Islamic University. Initially it should be a spring school in March 2022. Yet, due to some Covid-19 constraints, the school has to be moved to 19-26 June 2022, and therefore, it is called a summer school. Co-organized by the European Network for Islamic Studies (ENIS), formed by the Netherlands Interuniversity School of Islamic Studies (NISIS) itself and the European Research Program “Mediating Islam in the Digital Age” (MIDA), Sunan Kalijaga State Islamic University, Yokyakarta, and International Islamic University of Indonesia, the Summer School addresses the topic of “mobility and mobilisation in Islamic societies”, highlighting two interrelated dimensions in the fabric of Muslim societies throughout the centuries of their history.

More than 60 professors and students will come to Yogyakarta to deliver their lectures and to present their papers. Keynote speakers: Martin van Bruinessen (Utrecht University), Syafiq Hasyim (International Islamic University of Indonesia), Claudia Derichs (Humboldt University Berlin), Sunarwoto (Sunan Kalijaga State Islamic University), Edith Franke (Marburg University), Istiqomah (Institut Agama Islam Negeri, Ambon), David Kloos (KITLV), and Syamsul Rijal (Syarif Hidayatullah State Islamic University, Jakarta), will deliver their speeches in the plenary session in the morning. Meanwhile, students will present their papers in the panel sessions in the afternoon. The school will also welcome the participation of other researchers and students to enrich the discussions and to raise some new perspectives.